IFP School is located in Rueil-Malmaison, on the grounds of IFP Energies nouvelles, 8 km west of Paris. It is 30 minutes from the center of Paris by public transport (RER A). 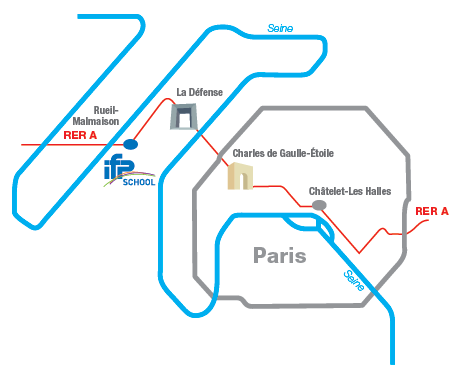 Rueil-Malmaison is near La Défense, the main business district of Paris, where major energy companies and service providers are located. In just a few words, Rueil means:

Located in the Île de France region, Paris is the cultural and political heart of France. There are countless historic monuments, cultural events and possibilities for an evening out. For students who wish to stay there or take advantage of the city, here are some websites to visit: