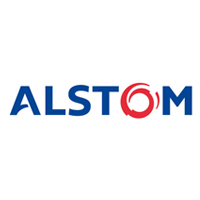 Alstom (originally Als-Thom, then Alsthom in 1932, then Alsthom Atlantique in 1976, then Gec-Alsthom in 1989 and Alstom since 1998) is a public limited company based in France, specialised in the transport sectors, mainly rail (trains, tramways and metros).

Originally Als-Thom, a contraction of "Alsace" and "Thomson", now Alsthom, was the result of the merger, in September 1928, of part of the Société alsacienne de constructions mécaniques (SACM) based in Mulhouse and then in Belfort, a specialist in locomotive construction, and the Compagnie française pour l'exploitation des procédés Thomson Houston (CFTH), a Franco-American company specialised in railway electric traction equipment and electromechanical construction.

Between 2015 and 2018, the energy division was taken over by General Electric.