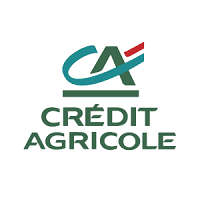 Crédit Agricole, nicknamed the "Green Bank" because of its original activity in the service of the agricultural world, is the largest network of cooperative and mutual banks in the world. In France, Crédit Agricole is made up of 39 Crédit Agricole regional banks. In 1990, it became an international general banking group. It is listed on the Premier Marché of Euronext Paris through its holding company Crédit Agricole S.A. and is included in the CAC 40 index.