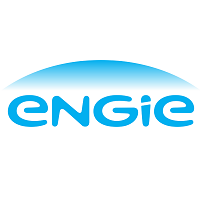 Engie is a French industrial energy group. It is the third largest group in the world in the energy sector (excluding oil) in 2015. Its main shareholder is the French State, which holds a quarter of the capital (23.64% of the capital and 33.84% of Engie's voting rights).

The group was formed on 22 July 2008 from a merger between Gaz de France (GDF) and Suez. In 2010, GDF Suez became "the world's largest public utility company in terms of revenue" through its merger with the British electrician International Power. In April 2015, the group announced the change of its commercial name from "GDF Suez" to "Engie", the group's corporate name as from 29 July 2015.