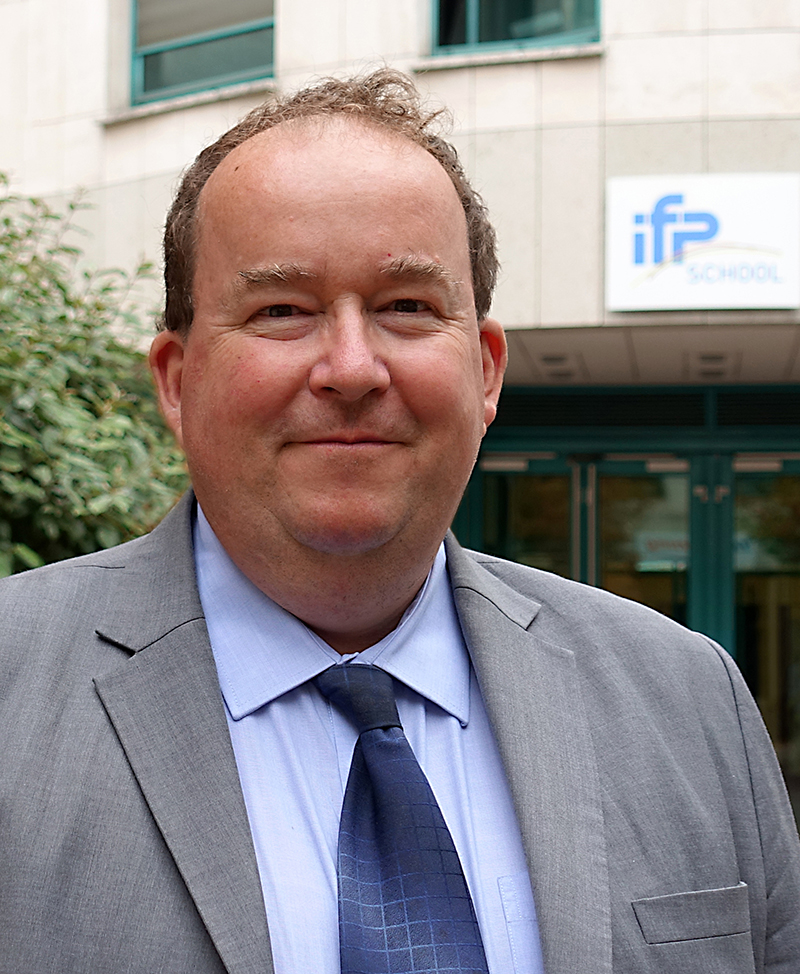 Maxime Schenckery was appointed director of the Economics and Management Center on September 3rd, 2018.

He has more than 20 years of experience in the energy sector.

With a PhD in Economics from the French University of Paris-Nord, Maxime held various positions from 1995 to 2002, including project manager at Schlumberger Industry and mission director of benchmarking services at Ernst&Young. From 2002 to 2005, he joined IFP School where he was a professor and coordinated the Petroleum Economics and Management program (today the Energy Technology Economics and Management program).

From 2005 to 2010, on secondment from IFPEN, Maxime Schenckery was senior economic advisor at the French consulate in Houston, USA, where he participated in improving bilateral Franco-American relations in the energy sector.

He then joined Qatar Petroleum until 2015, as head of markets analysis and forecast. Maxime Schenckery then headed ePwak Energy Research, a consulting and research firm where he contributed to various studies and research projects in Qatar and Saudi Arabia, including on the impacts of the Smart Cities concept on energy systems.